The first State Delegation at the ministerial level, on the occasion of the launch of the negotiation process on 29 June 2012, was led by the then-Minister of Foreign Affairs and European Integration Milan Roćen. The delegation members were Chief Negotiator Ambassador Aleksandar Andrija Pejović, Ambassador to the EU Ivan Leković, and Secretary of the Negotiating Group Milivoje Jurišić.

Secretariat of the Negotiating Group

Secretariat of the Negotiating Group is in charge of coordinating tasks related to the accession negotiations, preparation of the analytical overview of alignment of...
Opširnije
Negotiating structures

The Negotiating Group is in charge of the expert-and technical level cooperation with the institutions of the EU and Member States in all chapters...
Opširnije
Negotiating structures

College for Negotiations is a Government working body, which discusses draft negotiating positions and, following the procedure by the competent working body of the...
Opširnije 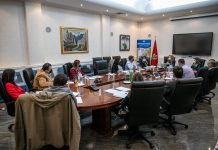 Obligations in Chapter 9 are finalizing, an independent assessment has confirmed the stability of...

Gordana - November 2, 2021 0
“The work is almost completed in Chapter 9 - Financial Services, and we expect that by the end of next year or possibly if... 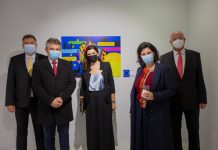 Gordana - October 29, 2021 0
The accession negotiations between Montenegro and the European Union may seem too complicated and difficult for people to understand. Plenty of chapters, mandatory benchmarks,... 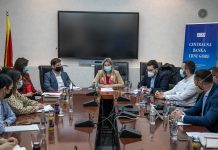 Gordana - October 29, 2021 0
"In Chapter 4 - Free movement of capital, clear progress has been made in regulatory and conceptual terms, which was stated in the Report... 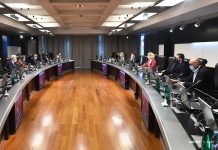 Gordana - October 29, 2021 0
At today’s session, the Government adopted the Information on Key Findings from the  European Commission Annual Report for Montenegro 2021, prepared by the  European... 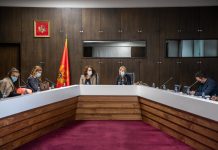 Gordana - October 27, 2021 0
"The negotiating structure and decision makers recognize the significance of the information society and media, and I believe that the importance of this area...