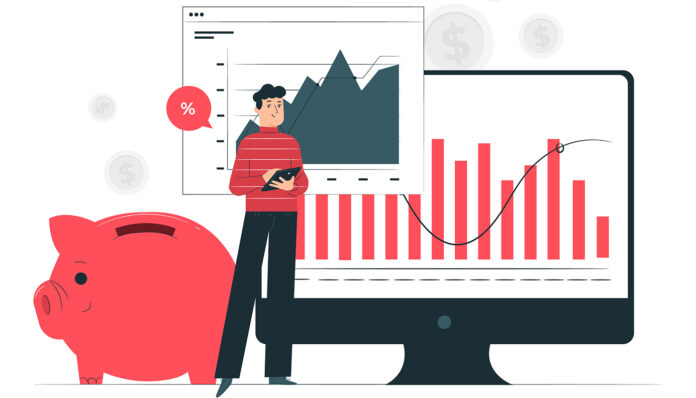 The members of the European Union that have adopted the euro as their common currency are the European Monetary Union (EMU). EMU membership implies a single member currency – the Euro, a single monetary policy pursued by the European Central Bank – the ECB, coordination between member states in shaping economic policies, coordination of fiscal policy through public debt limits and budget deficits (so-called “Maastricht criteria”).

Montenegro shares the objectives of Economic and Monetary Union and is taking action to align its monetary and fiscal policies with those of the EU. The current monetary regime of Montenegro, which has been using the euro as its official means of payment since 2002 (“euroisation”), is a specific feature of negotiations with the EU. As EU legislation does not provide for specific criteria to be met for EMU membership in the event of “euroisation”, possible modalities for assessing the fulfillment of the Maastricht criteria will be agreed in cooperation with the EC and the ECB. In order to meet them by the time of EU accession, the task is to improve macroeconomic stability, the stability of public finances and enhance the competitiveness of the economy.

The subchapters of Chapter 17 are economic and monetary policy.

Chapter 17 – Economic and monetary policy was officially opened at the Intergovernmental Conference on 25 June 2018. Negotiations in this chapter are ongoing.

Within this chapter, Montenegro had two opening benchmarks:

2. Montenegro needs to adopt and submit to the Commission a detailed action plan, defining clear objectives and timelines for full alignment with the acquis, as well as measures to develop the necessary administrative capacity to implement the acquis by the date of EU accession. The action plan should also include a timeframe for achieving ESA 2010 standards in terms of general government deficit and public debt levels, as well as for submitting pre-accession fiscal notifications, which would strengthen regular assessment of Montenegro’s economic performance in the context of EU pre-accession economic surveillance.

Both opening benchmarks were met.

Montenegro is working intensively towards meeting european standards and creating of the conditions for closing of this chapter, related to:

2. Montenegro has adopted the required constitutional change in order to ensure that the primary objective of price stability is defined in compliance with articles 127(1) and 282(2) of the Treaty on the Functioning of the EU.

3. Montenegro provides a track record on cooperation with the Commission on reported irregularities and investigation cases involving EU funds. Montenegro has aligned its legal framework to comply with requirements for national budgetary frameworks as laid down in Council Directive 2011/85/EU.

4. Montenegro has fulfilled the criterion of being a functioning market economy.

5. Montenegro has agreed to a solution developed by the EU on how to apply the EU’s framework for the adoption of the euro.

The focus of activities in the coming period will be on further harmonization of legal and strategic documents, implementation of regulations and strengthening of administrative capacities.

Institutions/organizations participating in the working group?

The Negotiator for Chapter 17 as well as the Head of the Working Group are from the Central Bank of Montenegro, while the contact person for the Working Group 17 is selected by the European Integration Office.

What are the benefits to Montenegro of this chapter?

The aim of European policy in this chapter is to adapt the Montenegrin economy to the principles of an open market economy based on free competition, a single currency policy and achieving and maintaining price stability. Also, goal is to increase transparency and sustainability of public finances as well as to improve the competitiveness of the Montenegrin economy.

The working group consists of 19 members (16 from state institutions and 3 from the civil sector).