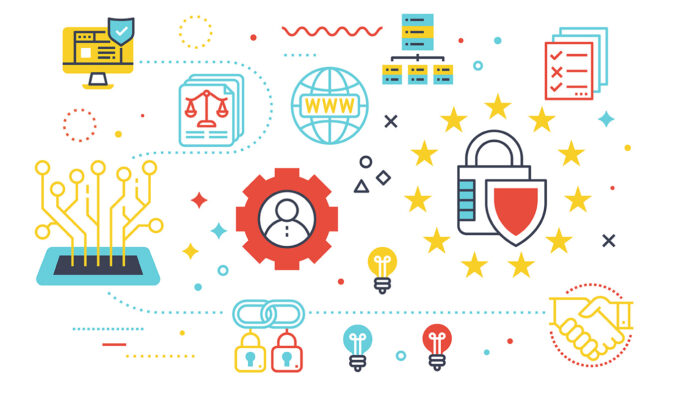 The idea of Trans-European networks (TENs) emergend by the end of the 1980s in conjuction with the proposed single market. The large market, with the freedom of movement of people, goods, services and capital, implied the connection of regional and modern networks with modern and efficient infrastructure.

The creation of trans-European networks is an very important element of economic growth as well as employment growth in the European Union. The EU aims is to promote the interconnection and interoperability of national networks, and to increase approach to those networks.

The aim of establishing and developing trans-European networks and advancing the appropriate connectivity and interoperability of national networks is to fully utilize the internal market and contribute to economic growth and job creation in the European Union. Without a modern infrastructure which would connected different regional and national networks, it is not possible to establish a free flow of goods, services, capital and workers, which is an important element for achieving the economic and social cohesion of the Union.

The EU acquis in this chapter consists of a sub-area that is complementary to one another:

The Trans-European Transport Network aims to connect major cities, economic centers, ports and airports with more remote areas, both in nation states and across the EU.

The Trans-European Energy Network is a network of energy systems across the EU with the aim of securing a secure energy supply and expanding the energy market.

The chapter 21 was opened on 22th June 2015 at the Intergovernmental Conference in Luxembourg.

Within negotiation chapter 21, Montenegro need to fulfill the following benchmarks:

1. Montenegro and the European Commission have agreed on the future TEN-T network concerning Montenegro, according to Regulation (EU) No 1315/2013 on Union guidelines for the development of the trans-European transport network.

2. Montenegro and the European Commission have agreed on a list of priority projects in the transport sector in line with Regulation (EU) No 1316/2013 establishing the Connecting Europe Facility.

3. Montenegro demonstrates the institutional and administrative capacity needed to undertake the responsibilities referred to in the Regulation (EU) No 1316/2013 establishing the Connecting Europe Facility.

What is the basis for further progress at the negotiations in this chapter is good neighborly cooperation, which is reflected in the definition of projects of regional importance that countries will jointly work on. In the forthcoming period, Montenegro have to strengthen its administrative and institutional capacities through regular educations and trainings and new employment, depending on needs.

The benefits of this chapter will be felt by the Montenegrin citizens on the day of accession. By connecting the roads to the main network, we will get faster and safer transportation of passengers and goods, removal of bottlenecks and better frequency. In addition, the transmission systems will be improved, and thus a better supply of energy will be provided.

As this chapter is closely related to Chapter 14 – Transport Policy and Chapter 15 – Energy, progress in them will also mean progress in Chapter 21. The huge importance of trans-European networks is reflected in the possibility of significant infrastructure projects being implemented with the financial support of the EU. 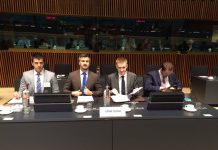 Gordana - June 22, 2015 0
At today's Intergovernmental Conference in Brussels, Montenegro opened two more chapters in the accession process with the EU. Negotiations were opened in chapters 9...