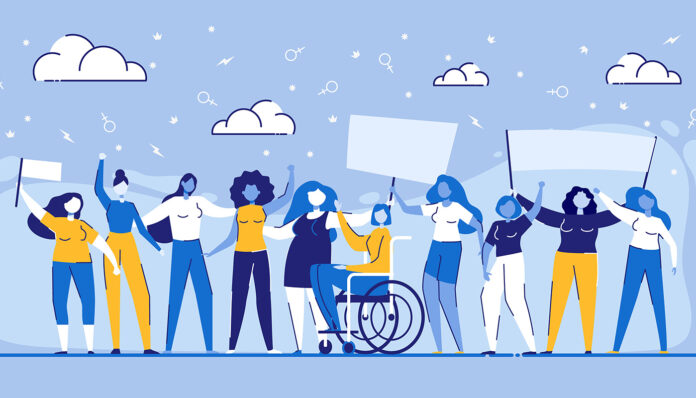 Chapter 23 – Judiciary and Fundamental Rights is one of the most challenging and complex chapters, and dynamic and duration of the negotiation process in this area directly affects progress in other aspects of negotiations with the European Union.

Chapter 23 is divided into four main and interrelated areas: judiciary, fight against corruption, fundamental rights and the rights of EU citizens, which can be further subdivided into a number of sub-areas.

The EU policies in the field of judiciary and fundamental rights aim to maintain and further develop the Union as an area of freedom, security and justice. Establishing an independent and efficient judiciary is of immense importance. Impartiality, integrity and high standards of court judgment are essential to safeguard the rule of law. This requires a strong commitment to offset external influences over the judiciary and ensure adequate funding and training.

Likewise, Member States must effectively combat corruption, which threatens the stability of democratic institutions and the rule of law. A strong legal framework and credible institutions are needed to support a coherent policy of prevention and deterrence corruption. Member States must ensure respect for the fundamental rights and rights of EU citizens, as guaranteed by the EU acquis, as well as the Charter of Fundamental Rights of the European Union.

The area of judiciary is a subject of particular attention of the European Union, taking into account that a stable judicial system is necessary for the exercise of the rule of law. This area has five sub-areas: independence of the judiciary, impartiality of the judiciary, accountability in the judiciary, professionalism-expertise-efficiency in the judiciary and prosecution of war crimes against domestic authorities. This sub-chapter transmits the minimum of the EU acquis in this negotiating chapter, which is mostly consisted of standards that the country must meet in accordance with the internal judicial system, in order to be fully aligned with the EU acquis. In order to successfully implement the reforms, candidate country must not only have full alignment of the legal acts, but also measurable results achieved in their implementation.

This area has been a particular focus of the European Union since the opening of negotiations. The acquis in this area consists of UN and the Council of Europe conventions, as well as decisions and recommendations of the European Council. The candidate country must fully align with the acquis in this area, but also show a willingness to achieve visible results in both, prevention and fight against corruption. The most sensitive issues in this area are areas particularly vulnerable to corruption (public procurement, privatization, urbanism, education, health, local government and police), as well as financing of the political parties.

Fundamental rights are considered as fundamental to civilization and the rule of law. Their implementation must be guaranteed and undisturbed. This area contains a number of conventions, protocols, charters and declarations that the candidate country must introduce into its legal system, ensuring their effective implementation, as well. Particular attention is drawn to the topics of anti-discrimination, the right to a fair trial, the right to trial within a reasonable time and the protection of personal data.

RIGHTS OF THE EU CITIZENS

The rights of EU citizens represent a separate area, where each candidate country must provide the conditions for exercising the rights of the nationals of EU Member States. These include the right to vote and stand for election to the European Parliament, the right to vote and stand for local elections, the right to settle freely within the EU and diplomatic and consular protection. Most of the acquis in this area are European Council decisions and directives, which mostly come into force on the day of EU accession.

Chapter 23 – Judiciary and Fundamental Rights was officially opened on 18 December 2013 at the Intergovernmental Conference in Brussels.

Initial benchmark for Montenegro in this chapter was the development of the Action Plan. The Action Plan for Chapter 23 – Judiciary and Fundamental Rights was adopted by the Government on 27 June 2013, and it was prepared in accordance with the recommendations of the Screening Report, in such a way that the recommendations were set as objectives, to be achieved through prescribing certain measures.

The revision and adaptation of the Action Plan for Chapter 23 – Judiciary and Fundamental Rights, within the area related to the prevention of corruption, provides the adoption of an Operational Document for the Prevention of Corruption in Areas of Particular Risk, finally adopted in March 2016. Operational Document identifies seven areas of particular risk in this regard: public procurement, privatization, urbanism, education, health, local government and police.

Apart the need to fully align national legislation with the acquis of the EU, it is necessary for Montenegro to achieve visible and measurable results in the implementation of these laws. An independent, depoliticized and efficient judiciary is a precondition for a country to ensure rule of law. The fight against corruption is the focus of attention of all EU member states, so Montenegro will need to demonstrate the ability to effectively enforce the adopted laws, both in the prevention and repression segment of corruption. When it comes to fundamental rights, the candidate country is expected to demonstrate the ability to fully guarantee application of the fundamental rights, as well as to be prepared to provide protection in the cases of their violation. Any progress made in this chapter contributes to the strengthening of the citizens’ legal certainty and confidence in the justice system, as well as to rising awareness of all citizens about respect and implementation of fundamental rights. In order to enter the next phase of negotiations, Montenegro must implement reforms in these sub-areas by fulfilling the interim benchmarks and meeting the

European Commission’s recommendations, such as strengthening accountability in the judiciary, establishing track record, improving overall management of human, financial and infrastructure capacities in the judiciary, strengthening independence of the Anti-Corruption Agency, general strengthening of the institutions, protecting minorities and human rights, and other recommendations made by the European Commission. After fulfillment of the interim benchmarks, the European Commission will draw up a report on the fulfillment of the interim benchmarks, which will create conditions for Montenegro to obtain the closing benchmarks and to enter the final stage of negotiations in Chapter 23.

The Working Group for Chapter 23 is consisted of 47 members (39 from government institutions and eight from the civil sector).

The members of the Working Group are representatives of the following non-governmental organizations: Center for Development of Non-Governmental Organizations (CRNVO), Centre for Civic Education (CGO), Association of Judges of Montenegro, Institute Alternative, Centre for Monitoring and Research (CEMI), Center for Women’s Rights, Politikon Network and Network for Affirmation NGO sector (MANS).

The aim of this chapter is to create the preconditions for an independent and impartial judiciary, with the necessary administrative capacity to protect the rule of law. With Montenegro, a new approach to negotiations has been launched. This implies that the negotiation chapters 23 and 24 are being among the first to be opened and last to be closed, which indicates the importance of this chapter for the whole integration process. By fully aligning national legislation with the EU acquis, as well as the reform itself, Montenegro will ensure an independent, impartial, accountable and effective judiciary and generally, a stable legal system. By improving the protection of human and minority rights, Montenegro takes the responsibility to provide its citizens with the quality and protection of the rights inherent in developed democratic societies, and thereby prevent any form of discrimination. One of the mechanisms for protecting these rights is the Court of Justice of the European Union, which ensures that EU law is applied in the same way in all EU countries and resolves legal disputes between national governments and EU institutions. The judgment of the EU Court of Justice is automatically recognized in every EU country and can only be rejected in exceptional cases. By joining to the EU, Montenegro will be able to enjoy the benefits of a unified system, as well as the protection of the rights guaranteed by the acquis, the Charter of Fundamental Rights of the European Union, as well as many other documents that Montenegro needs to harmonize and incorporate into national legislation. By fulfilling the benchmarks, Montenegro is actively fighting against corruption, which is one of the biggest challenges that modern countries are facing today. By meeting the closing benchmarks of Chapters 23 and 24, Montenegro will create the conditions to successfully complete the negotiations and become a full member of the EU.

Secretary of the WG
Negotiator and head of the Working group for Chapter 23 is Marijana Laković-Drašković, Director-General of the Directorate for Organization of Justice, Criminal Law and Oversight in the Ministry of Justice. The contact person of the Working group is Miloš Radonjić from the European Integration Office.

The working group consists of 47 members (39 from state institutions and 8 from the civil sector). 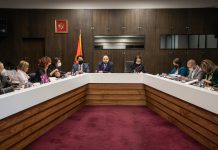 Together we can achieve the goals in Chapter 23

Gordana - October 21, 2021 0
“We will try to improve the evaluations from this year’s European Commission Report, we expect that the next EC Non-Paper will identify the progress... 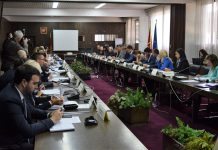 Gordana - October 8, 2019 0
Chief Negotiator Aleksandar Drljević noted, that Rule of Law reforms, as key to further democratic development of Montenegrin society and progress in negotiations with...