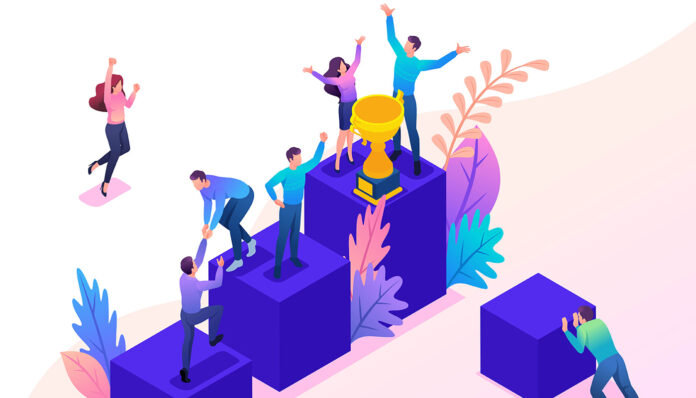 Competition policy is the basis on which the market economy of a country is formed and rests. Competition policy occupies one of the most important places because its effective implementation contributes to improving the economy, developing and growing the number of companies, improving investment in research and development of new products, attracting new investments, increasing production and exports.

By adhering to competition policy, participants have the opportunity to operate on a same level in the market, so the only measure of their success is quality. As a result of healthy competition, consumers get a wider offer, as well as higher quality and cheaper products. Thanks to the business environment fuelled by EU competition policy, national industries are becoming more innovative, thus contributing to the dynamic development of the overall economy.

Restrictive provisions aim at preventing, restricting or distorting competition in the relevant market. These are written or oral agreements, agreements, contracts, certain provisions of the contract, express or tacit agreements, concerted practices, as well as decisions of associations of market participants, which directly or indirectly determine purchase or sale prices or other terms of trade; restricts or controls production, market, technical development or investment; divides markets or sources of supply; apply different conditions to jobs of the same kind with different participants in the same market that put them at a competitive disadvantage; make the conclusion of the agreement conditional on the acceptance of additional obligations of the other contracting party which, by their nature or business purpose, are not relevant to the subject matter of the agreement; establishes an obligation to apply a specified resale price or otherwise ensures the application of the recommended resale price.

Dominant position in the market includes two possible situations in which it can be established that a particular market participant has the status of dominant participant:

• if there is no competition in the relevant market or it is insignificant;
• if it has a significantly better economic position than its competitors, taking into account market shares, economic and financial strength, access to supply and distribution markets, as well as legal and factual barriers to access of other participants in the same market, etc.

Although the dominant position does not constitute a breach of competition, the abuse of it is, and as such is prohibited by the provisions of the Law. This prohibition is extremely broad and it can cover all forms of conduct of market participants who have been previously identified as having a dominant position and which fall under the general conditions of competition. Abuse of a dominant position in the market is direct or indirect imposition of unjustified purchase or sale prices or other unjustified business conditions; restricting production, markets or technical development to the detriment of consumers; applying different conditions to jobs of the same kind with other market participants, thereby placing them at a competitive disadvantage; and the conditionality of the conclusion of the agreement subject to the acceptance of additional obligations which, by their nature or business purpose, are not relevant to the subject matter of such agreements.

State aid policy is specific and applicable only in the EU as a guarantor of a fair match in the common market of the Member States and as such is established by the Treaty on the Functioning of the European Union. State aid control ensures that interventions by national governments do not distort competition in the market. In this sense, state aid is defined as an advantage in any form granted on a selective basis to any company or entrepreneur by national governments. Aid granted to individuals or general measures available to all are not considered state aid.

Any state aid is in principle prohibited (the so-called general prohibition clause contained in the Treaty and transposed into national law). However, in certain situations, interventions by national governments are necessary for the well-functioning and sustainable economy of the state. Therefore, the Treaty has already left room for objectives and purposes for which State aid may be considered compatible with the common market. Some of these goals, for example, are: research, development and innovation, environmental protection, regional development, protection of cultural heritage, services of general economic interest, etc., and sometimes under special monitoring, rescue and restructuring aid to companies that are operating in difficulty is also allowed. Also, state aid can manifest itself in various forms, clearly visible, such as: subsidies, guarantees, tax breaks, but also in less visible forms of intervention: conversion of debt into equity, purchase and sale of state real estate at a lower / higher price than market, etc.

Negotiations within the Chapter 8 has been opened on the Intergovernmental Conference that was held on 30 June 2020 in Brussels.

Chapter 8 is one of the most challenging negotiating chapters that is always among last ones to be open and close. Montenegro has received five initial benchmarks to open the chapter. Montenegro received an official confirmation of the fulfilment of the initial benchmarks on 4 December 2019, after which, on 6 December 2019, Montenegro submitted the Negotiating Position for Montenegro’s Intergovernmental Conference on EU Accession for Chapter 8 – Competition.

1) Montenegro has completed legislative alignment with the EU acquis covered by the chapter Competition Policy.

2) Montenegro has built up an adequate administrative and judicial capacity in the area of antitrust, mergers and State aid control.

3) Montenegro has demonstrated a satisfactory enforcement record in the area of antitrust, mergers and State aid control, including a track record of effective and efficient administrative and judicial follow-up of detected irregularities, including through imposition of deterrent sanctions, where appropriate.

4) In the following cases, the Agency for the Protection of Competition, as national State aid authority, has assessed the presence and compatibility of State aid with the State aid provisions of the SAA, and has ordered its recovery, where such aid has been identified as incompatible:
– with regard to Montenegro Airlines, whether all State aid granted since 2012 to the company is compatible with the State aid provisions of the SAA. This needs to include the provisions of the Law on investment in consolidation and development of Montenegro Airlines adopted by the Parliament of Montenegro in December 2019;
– whether Uniprom KAP received incompatible aid;
– with regard to the Bar-Boljare highway, whether there was incompatible aid in the financing of the construction of the highway and its operation.

The main activities in the coming period will be focused on improving the results in the competition and state aid control policy, with particular reference to criminal policy and specific state aid cases. One of the key preconditions for progress in this chapter is to strengthen capacities to implement legislation in this area.

This chapter brings multiple benefits to both citizens and Montenegro as a state. First of all, the proper implementation of policies within this chapter creates the conditions for increasing the competitiveness of our economy and the development of the open market. Harmonization of competition law with the practice of the European Courts and the European Commission provides legal security for all market participants and security of long-term business planning in Montenegro, enables inflow of new investments in the way that investors know that their capital is protected from the prohibited influence of dominant market participants , business cartels, or illegal mergers. The implementation of these policies creates a better market with a wide range of goods and services, whose quality is increased and the price is lower than the current situation, while the inflow of new investments should contribute to a balanced development of the country, a decrease in the unemployment rate and an increase in the standard of living of all citizens.

Secretary of the WG
The working group was established in August/September 2012. The negotiator for this Chapter is Biljana Jakić, Director-General for Internal Market and Competition, and the head of the working group is Miodrag Vujović, Chairman of the Competition Protection Agency Council. The contact person of the Working group is Marija Tripunović from the European Integration Office.

The working group comprises 26 members (14 from state institutions, 12 from the civil society).