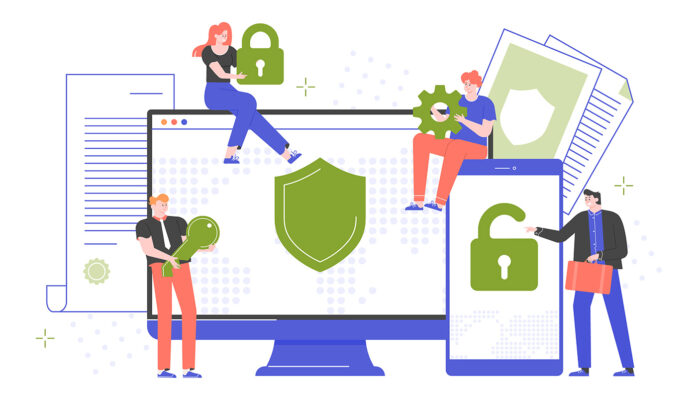 In line with Montenegro’s foreign policy priorities related to fully EU and NATO membership, Chapter 31 covers political dialogue with the EU, issues relating to the candidate country’s relations with the EU and its institutions, cooperation with international organizations, in particular the UN, OSCE and CoE, developed weapons control system, European security defense policy, cooperation with NATO and fight against terrorism.

The acquis for Chapter 31 can be divided into two areas: European Political Cooperation and Common, Foreign and Security Policy.

CFSP is an organized and agreed EU foreign policy based on security and defense. It deals with a certain part of the EU’s external relations, mainly covering trade and commercial policy, but also other areas, such as the provision of funds to third countries, and others.

The CSDP is a major element of the CFSP and covers the areas of defense and military aspects. The European Union participates in missions and operations worldwide. They are divided into civilian and military missions.
Political dialogue with the EU

Within this area, the issues of the candidate country’s relationship with the European Union and its institutions are addressed. The issue of joint bodies of Montenegro and the EU is also addressed, as well as accession to EU declarations and conventions.

In this area, the issue of the cooperation of the candidate country with the International Organizations is about, with cooperation with the United Nations and the Council of Europe taking priority. The Security Council adopted a resolution recommending Montenegro to the UN at its session of 22 June 2006. The General Assembly adopted the resolution on Montenegro’s accession to the UN on 28 June 2006. This made Montenegro the 192nd member of the UN.

After joining the UN, Montenegro opened its missions and appointed permanent representatives to the UN in New York, Vienna and Geneva. The procedure and regulated membership of a large number of UN agencies and specialized organizations have been initiated.

Montenegro has signed a number of instruments aimed at arms control. An EU candidate country must have a developed arms control system, which is based on a normative framework in line with the acquis. In the control of foreign trade in arms, military equipment and dual-use goods, a number of state institutions participate, jointly implementing the legal framework, customs control, raising public awareness, as well as implementing penalties in case of violation of the law. Montenegro is making good progress so far through measurable results in this area.

This area involves regulating the participation of the candidate country in missions and military – defense institutions and organizations of interest to the European Union. The first emphasizes participation in missions as an EU member state, as well as the UN and EU guided missions. The members of the Montenegrin Army are engaged in two EU missions: EU NAVFOR ATALANTA in Somalia and EUTM in Mali and the UN Minurso Mission in Western Sahara. Also, as a member of NATO on 5 June 2017, Montenegro is participating in the NATO Resolute Support mission in Afghanistan and KFOR.
Also, on 23 May 2019, through an exchange of letters of intent, Montenegro formally became a member of the European Center of Excellence for Countering Hybrid Threats in Helsinki, which will facilitate the exchange of experiences and best practices with NATO and EU Member States, and provide the Center’s support for Black’s efforts Up in building and strengthening national capacity in this area.

Negotiation Chapter 31 was opened at the Intergovernmental Conference in Luxembourg on 24 June 2014.

The Explanatory Analytical Review for Negotiating Chapter 31 took place on 17 May 2013 and the bilateral part of the Analytical Review on 27 June 2013 in Brussels. There was not the opening benchmarks for this chapter.

One closing benchmark is defined:

Montenegro, as a signatory to the Rome Statute establishing the International Criminal Court (ICC), fully aligns its position with Council Decision 2011/168 / CFSP of 21 March 2011 and the EU Guiding Principles on the Agreements of the Signatories of the Rome Statute on the ICC and the United States of America regarding the conditions for the extradition of persons to the Court, supplementing the Council’s conclusions on the International Criminal Court of 30 September 2002.

Through its activities in international organizations, Montenegro protects and promotes its interests, participates in defining global political trends and, together with the countries of the region and the wider environment, promotes cooperation and joint appearance on the international scene.

The Common Foreign and Security Policy (political dialogue) and the Common Security and Defense Policy (contribution capacities) are based on legal acts, including legally binding international agreements and policy documents. The acquis is made up of political declarations, decisions and agreements. Member States must be in a position to support political dialogue within the Common Foreign and Security Policy, to align with EU declarations, to participate in EU decisions and to apply agreed sanctions and restrictive measures.

Continued contribution to the development of regional cooperation Montenegro is actively contributing to regional initiatives and organizations such as the Berlin Process, the Brdo-Brioni Process, the Central European Initiative (CEI), the Southeast European Cooperation Process (SEECP), the Adriatic-Ionian Initiative (JJI), Adriatic Charter, Regional Cooperation Council (RCC), Regional Initiatives for Asylum, Migration and Displaced Persons (MARRI), EU macro-strategies (EUSAIR and EUSDR) and many others.

The working group consists of 31 members (24 from public institutions and 7 from the civil sector).

Negotiating Chapter Foreign, Security and Defense Policy is of particular importance as it negotiates the overall security and defense system in cooperation with international organizations. It includes: political dialogue with the EU, issues relating to the candidate country’s relations with the EU and its institutions, cooperation with international organizations, in particular the United Nations and the Council of Europe, a developed arms control system, European security and defense policy, cooperation with NATO and the fight against NATO terrorism. The aim of the negotiations in this chapter is to create a framework for the full integration of Montenegro in the area of foreign and security policy, as well as the EU defense system, in order to preserve the common values of the Union, strengthen international security and preserve peace.